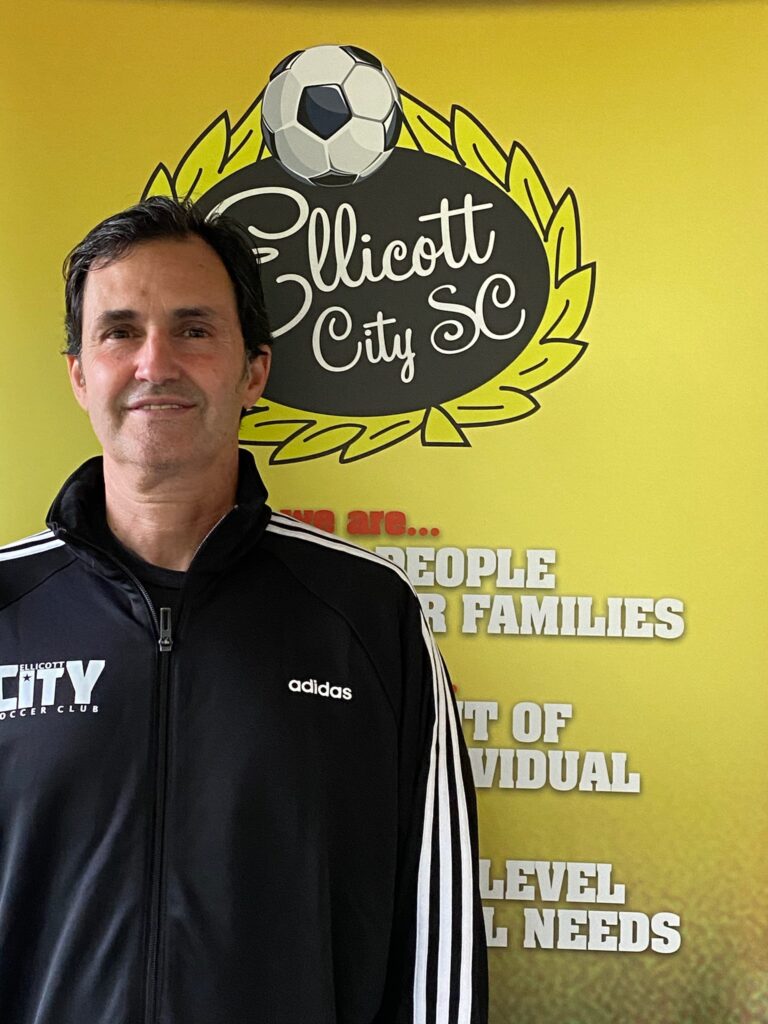 Winning the 2000 Season for MMSL as a coach/player and bringing the team back to Div I.

I believe that coaching must cover physical, technical, and psychological aspects for players to develop their full potential. Player development should be focused on activities that enhance quality, performance, and ball-possession while enjoying the art of the beautiful game.

I enjoy coaching at Ellicott City Soccer Club because of their commitment to the local soccer community and their urgency of providing many opportunities for players, coaches, families to be involved in the game. They are truly soccer people serving soccer families.

Originally from Brazil. Grew up playing Futsal for a local youth club in Fortaleza, CE. Moved to the United States in 1988.